Oh hey, you guyyssss! It’s time! It’s official – In The Sticks Cabins is ready to welcome you and your friends (or family or both!) to The Sapling!

We have spent the last year (listen, building a house primarily with one dude will take longer than you think. Promise.) of weekends in Benezette getting this rental ready to go.

We are thrilled with the results and hope you will be too!

All reservations will be handled online with credit card payments due at the time the reservation is made.

We hope to see you in Benezette soon!

…of the year!!!  Ok, maybe second most wonderful.  It’s a toss up, between this and Christmas (oh, and probably Halloween!  I love Halloween!).  The Pennsylvania Elk Camera is LIVE!!!  This means that when I’m not in Benezette, I can still see and hear the bulls that are near In The Sticks Cabins!  Thank goodness for unlimited data plans on cell phones.  I will be streaming this basically non-stop while I’m not there.

In cabin news, the husband had to make the long trip to Dubois today.  There is so much water in the ditches that he needed a pump to get it all out.  He said they were pretty much sold out, so he had to buy the big one.  I’m not sure what that means, but it sounds efficient.

Also, his toy for the week arrived.  Not nearly as nice as the last one (it doesn’t have a radio in it), but it looks like it’ll dig. 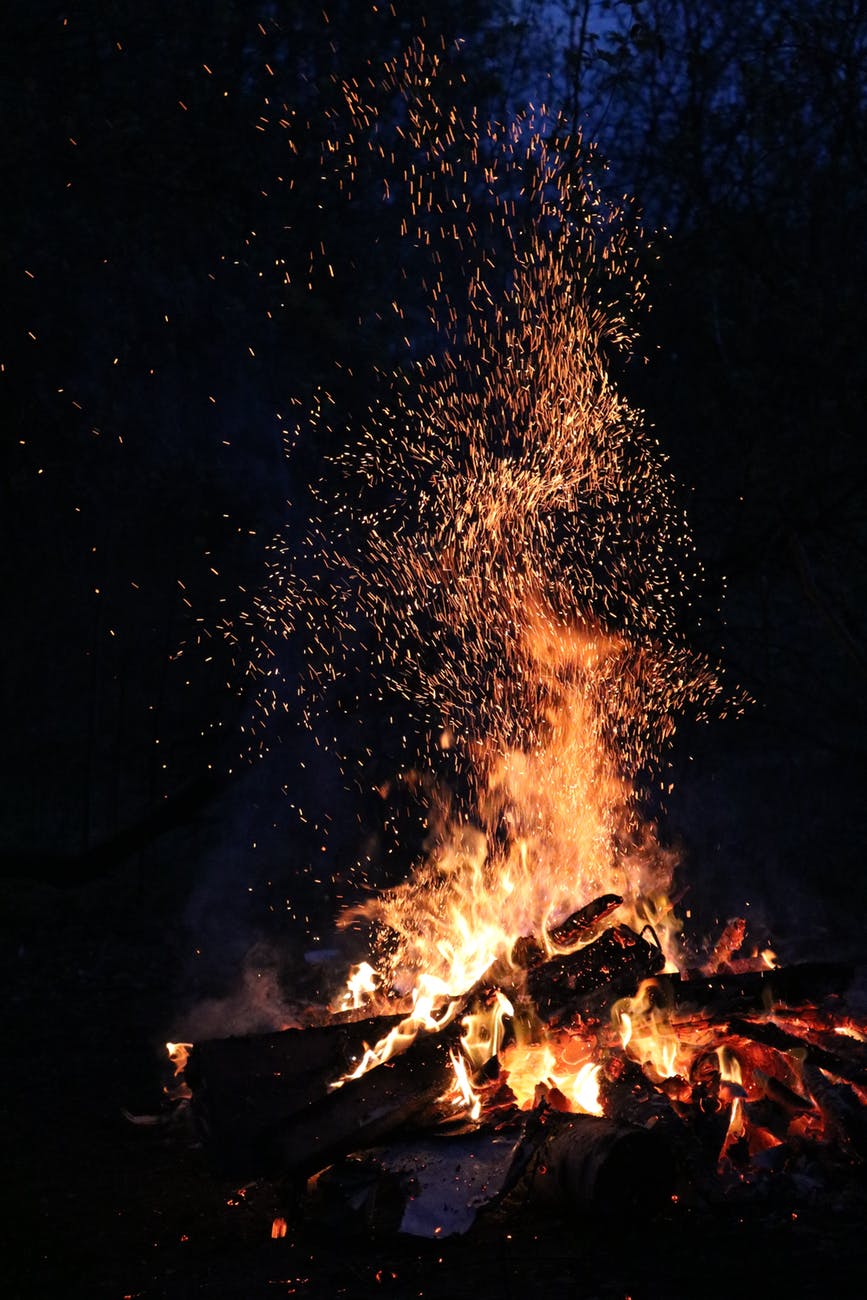 The doors and windows for The Sapling were scheduled to arrive today.  It’s 10:30 pm, so I’m pretty sure that’s a no go for today.

The husband and I are headed to Benezette on Friday morning (although, let’s be honest, it’ll be almost noon until I hit the road) for the long Labor Day weekend.  As always, there will be extensive laboring on The Sapling to get it ready for it’s first rental!

After the excitement of all of the elk in the yard last weekend, I’m hoping to see even more since we’re closer to rut!  Here’s to good weather, hard work, bonfires and elk!

Have a great weekend – and check back often – I’m going to try for the mobile updates again! 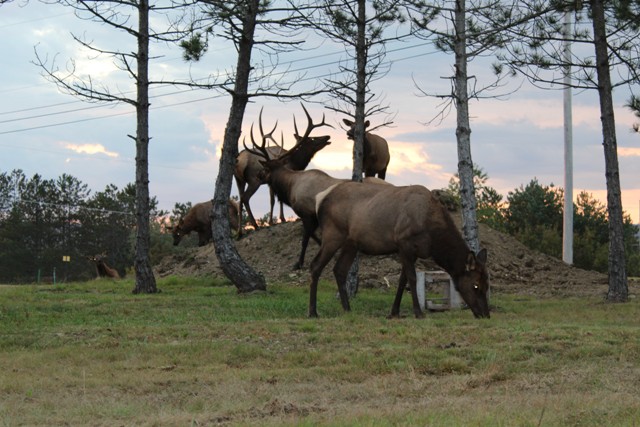 The husband sent me a message Friday while I was headed to Benezette that he had been hearing elk bugles for most of the early evening.  Being that it was only the first weekend of August, I didn’t believe him.  (There’s a running joke in our family that you only see bears and big foot in the PA Wilds when there’s no one else there to verify.  We also keep track of the number of elk we see in a given trip.  He who sees the most is the winner.  There’s not really a prize.  As such, elk bugling now is ridiculous.)

The first time I heard an elk bugle was probably 8 or 9 years ago.  The husband’s family has a hunting camp in Driftwood and we were there around the first or second week of September.  I didn’t know what it was when I heard it – it was such a bizarre noise.  It was coming from far off in the distance, but echoed through the area.  My mother-in-law had to tell me what it was.  Thusly, in my mind, elk bugle in September.

I guess they’re feeling romantic early this year!  Saturday around 6, darn if I didn’t hear some long, high pitched bugles!

In past years, we’ve seen and heard some big bulls in our area.  Our first year on Winslow Hill in Benezette we were awakened one morning by a bull bugling right in our front yard!  That’s a heck of a way to wake up!  This guy hung out with us pretty much the entire rut in 2017.

It seems like we’re going to have an active rut season at In The Sticks Cabins this year. We’ve had two smaller 5-6 year old bulls in the yard already.  The big boys should be moving in over the next few weeks! 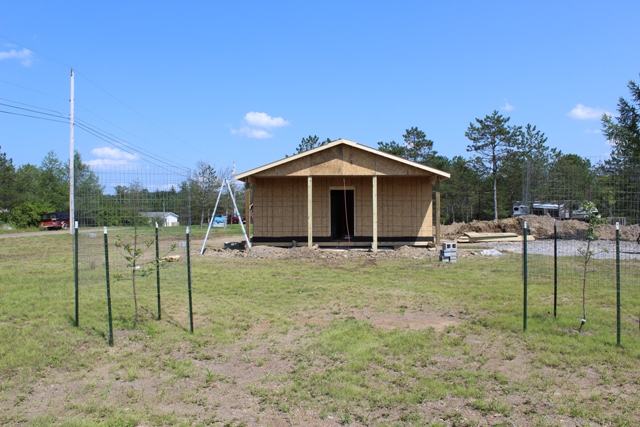 This weekend the husband went at it alone on Friday.  He framed up some bedrooms and set some front porch beams before I arrived that night. He also hauled all of the shingles to the roof.  Thank goodness I missed that job!

I woke up Saturday morning to this spike coming to see what was going on.

I think he approves!

Thank goodness the fog cleared up so I was able to work on getting the electric line run while the husband worked on setting trusses and sheeting the porch roof.

On Sunday we moved the tub into the cabin.  I learned something new through this experience – a bath tub is too big to put into place after doors and framing are done.  That’s why you rarely get a one piece tub and shower surround during a bathroom remodel.   Fun fact brought to you by In The Sticks Cabins!

I couldn’t resist the opportunity to take a picture of our tub in the front yard.

And by the end of the weekend – The Sapling was ready for some deep porch sittin’.

“Life is better on the porch”